The Data Say Recession and Inflation are Cratering 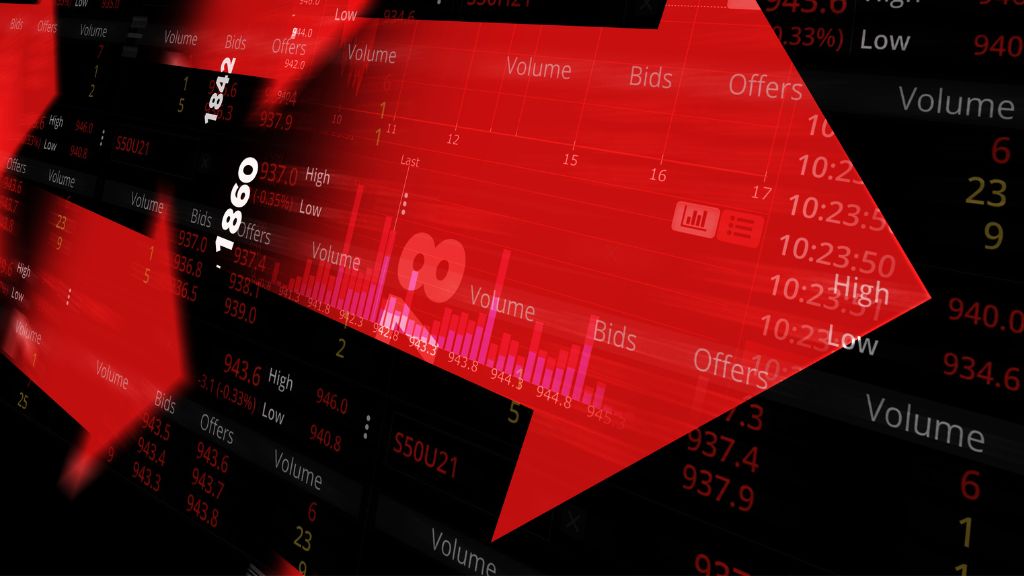 But This Fed Continues to Raise Rates

It is unusual to see short-term rates higher than long-term rates because there is a more inherent risk in longer-term securities. Today’s difference between the 2-Yr and the 10-Yr is yield is -0.75 pct. points (-75 basis points (bps)), a very large negative spread. This is known in the fixed-income world as “yield curve inversion.” Over the years, such inversions have been very accurate indicators of an oncoming Recession, especially when the inversion is of a large magnitude like this one is. The chart above shows the 10-2 Year Treasury Yield Spreads (i.e., the difference between these yields) going back to the 1980s. Note that every time we’ve seen such inversions, the negative data points on the chart, even minor ones, a recession ensued. There were such inversions/recessions in the early 1980s, again in the early 1990s, during the dot.com debacle at the turn of the century, and at the end of the housing bubble just prior to the Great Recession. Note that today’s yield curve inversion is the largest one since Paul Volcker was Fed Chair in the early ‘80s. So, despite what you hear on bubble vision, it is unlikely that the economy will escape a Recession, and that Recession isn’t likely to be mild. When the National Bureau of Economic Research gets around to setting Recession dates, we think it will have a 2022 handle, meaning the Recession has already begun.

Besides the yield curve inversion, there are many other emerging signs of Recession. In last week’s blog, we dissected the employment reports and concluded that the engine of growth in the Payroll Survey (counts jobs at large businesses) was in part-time jobs because the companion Household Survey (counts those employed) showed negative employment for October and November and no growth at all since March. One thing we did note was the fall in average hours worked, equivalent to a loss of -380K jobs. Note from the chart that the slope of the current down move in hours worked is similar to those of the dot.com (’00-’02) and the Great Recession (’08-’09).

Other disturbing indicators include the rapid rise in revolving consumer credit, i.e., credit card balances (left-hand chart). Such balances aren’t rising because incomes are rising, and consumers can afford higher credit balances. They are rising because of inflation as the consumer attempts to maintain his/her living standard. Note the rise in credit card delinquencies (right-hand chart), a trend that inevitably leads to write-offs at banks and shadow banks.

In past blogs, we’ve noted the sensitivity of the housing market to today’s interest rate scenario. Over the past few months, we’ve seen large negative numbers come out of that sector: Existing Home Sales are down at a -40% annual rate from their peak; Pending Home Sales -37%; Housing Starts: -40%; and Building Permits: -25%. The graph below shows that the housing cycle decline so far in this cycle is much more severe than in any other Fed tightening cycle over the past 40+ years. And this Fed hasn’t finished raising rates!

As indicated earlier, the Fed meets on December 13-14. Inflation appears to be the only item on their agenda, and they appear to have a backward-looking bias, i.e., concentrating on the Y/Y inflation metrics instead of the most recent M/M data.

The Producer Price Index (PPI) for November was released on Friday (December 9), and the Consumer Price Index (CPI) for November will be released on Monday, December 12, the day before the Fed’s upcoming meeting. So, they will have both inflation reports to ponder. The PPI showed a +0.3% rise in November, the same as the increases for both September and October. The market displayed some disappointment, as it expected a rise of only 0.2%. Nevertheless, a look at the chart shows the significant progress made since June, and we expect the upcoming M/M CPI to continue to show that progress. Unfortunately, the November Y/Y PPI rate is 7.4% (down from 8.1% in October), not anywhere near the Fed’s 2% goal. On the other hand, the M/M data, at +0.3% (now for three months in a row), represents a 3.6% annual rate. In addition, Core PPI (ex-food and energy) showed up as +4.9% Y/Y. This is the smallest annual increase since April 2021.

Since monetary policy acts with long and variable lags, and the Fed has already tightened at the fastest pace in 40+ years, one would think that they would at least “pause” to allow their past moves to play out. Not this Fed! It appears that even if the CPI for November (to be released on Monday, December 12) is quite tame, they will raise rates by at least another 50 bps.

Other metrics confirm the softening in inflation. The left-hand side of the chart below shows a very tight correlation between Supplier Delivery Delays and Core Goods CPI. Note the dramatic fall in Supplier Delivery Delays and the implication for goods prices over the next few months. The graph on the right-hand side shows a strong relationship between the JOLTS Quit Rate and wage growth. Fed Chair Powell has expressed concern about a brewing wage-price spiral. This chart should give him comfort!

Everywhere we look, we see signs of a brewing Recession and falling inflation. Black Friday/Cyber Monday sales disappointed, and the Retail sector hired many fewer bodies this year than last. Real compensation per hour is falling (-2.3% Y/Y in Q3 and -4.0% and -3.5% in the prior two quarters). It isn’t any wonder why credit card debt has skyrocketed.

The supply chain issues are mainly behind us. Global shipping costs are now below their pre-Covid levels, and demand from the U.S. consumer is falling. We suspect that goods inflation will soon be 0% or even negative. The savings rate is now at a 17-year low, and all the free money from 2021 has been spent. The yield curve inversion is the largest since the 1980s, and every such inversion has presaged a Recession. The impact of the rate rises to date on the housing sector is the most severe they have been, by a mile, in the last six tightening cycles. The Challenger Gray and Christmas layoff metric is up +416% Y/Y, the highest since January 2021, and hiring intentions are cratering. Even Chair Powell’s favorite survey, JOLTS, shows a -1.5 million fall in job openings since March, a -423K fall in quits, a large falloff in new hires (-820K since February) and rising layoffs (+125K YTD). On top of the Fed’s rate rises, they are also shrinking the money supply, always associated with the Recession. We can go on and on.

There is no doubt the Recession has already begun. The only questions that remain are its depth and duration. From our perspective, given the incoming data, this Recession will be longer and deeper than the markets are pricing.