In A Changing World, The Old Economics May No Longer Apply

One must be careful in interpreting data. The world has changed, and it impacts how people behave and ultimately the resulting data. The recent Retail Sales data is a case in point. It cannot be interpreted with a pre-virus backdrop. It’s rise in September 2020 doesn’t mean the same as a similar rise would have meant in September 2019.

We have seen some back-up in interest rates over the past month. Fixed income investors are worried about excessive deficits and the resulting supply of debt (on top of record or near record corporate debt). History tells us that this is temporary, and we have a Fed as the head deficit cheerleader. There are implications, too, for the dollar’s status as the world’s reserve currency.

While the employment numbers look slightly better, most of the improvement is technical or timing, not real. Benefits have expired for many, causing Continuing Claims (CCs) to fall. And, Initial Claims (ICs) have been biased by the California “pause” in accepting new claims. But, even accepting the reported numbers as close to reality still shows an economy deeply mired in Recession.

When the news broke on Friday, October 16th that Retail Sales for September had risen by 1.9%, the word on the street was that the “V”-shaped recovery was alive and well. Unfortunately, as much as I would like to believe in the “V,” a closer analysis tells a different story. Retail Sales are mainly a measure of consumption of goods. But, in dollar terms, Americans consume many more services than they do goods. Because many “services” are either shut or working at reduced capacity (think: salons, restaurants, airlines, hotels, theaters, theme parks…), the consumer is simply staying home, and with a lot of leisure time, have substituted buying goods online. The following two charts put this in perspective.

The first chart shows the consumption of goods. The pre-pandemic peak was $4.6 trillion (Annual Rate – AR), falling $700 billion to $3.9 trillion at the nadir in April. The latest data ($4.8 trillion) shows a $900 billion recovery, and is $200 billion above the prior peak. Time to celebrate, right? Not quite.

The second chart is similar to the first, but shows the numbers for the “services” sectors of consumption. Services consumption fell $2.1 trillion from peak ($10.3 trillion) to trough ($8.2 trillion). The latest data ($9.5 trillion) point is still some $765 billion below the pre-pandemic peak.

When we put the numbers together, total consumption fell $2.8 trillion from $14.9 trillion to $12.1 trillion. It has recovered to $14.3 trillion. Even so, it remains $550 billion (AR) below is pre-pandemic peak. The slowdown here is validated by the most recent Fed Beige Book. “Economic Recovery Is Slowing, Fed Says” (WSJ headline, 10/22/20, p. A3). Furthermore, much of this consumption has been supported by the CARES Act cash gifts, including the $1,200 stimulus checks and the now expired $600/week additional unemployment insurance benefits. As indicated in past blogs, most of those monies have now been spent.

Is the Backup in Rates for Real?

Over the past month, interest rates have backed-up. The 10-year Treasury Note hit 86 basis points (0.86%) on October 21st, rising from a low of 52 basis points on August 4th. In my younger days, when rates were double digit, this move wouldn’t have even come on the radar. And, while this may now be relevant for bond traders, it isn’t relevant for ordinary investors, as money market rates remain pressed to the 0% floor.

The question is, why are rates rising? It appears they are moving in anticipation of another large stimulus package which is likely to occur after the election no matter who wins. If the Democrats sweep, then we are likely to see an era of extremely high deficits, as they will adopt MMT (Modern Monetary Theory) which says: “print money until inflation bites.” While bonds have sold off and rates have backed-up slightly, the history is such that ultimately bond yields reflect the state of the economy. That history tells us that this back-up is temporary and that low and falling rates are the end result of a weak economy. In addition, the Fed is likely to eventually peg the yields on the Treasury yield curve. So, in my view, these higher yields represent a buying opportunity.

The risk in a move toward the MMT concept is to the status of the dollar as the world’s reserve currency. While most Western economies continue under pandemic conditions and whose central banks have or are considering negative yields and/or are in large QE modes, China isn’t participating in either. And, irony of ironies, the originator of the pandemic, China’s economy is growing again (nearly 5% in Q3) with almost no new Covid-19 cases. While China’s official data is always suspect, there is a significant amount of corroboration of the economic data, especially around exports and imports.

The end result is that since late May, the value of China’s currency has risen from 7.14 yuan/dollar to 6.67 yuan. If such trends continue, their currency will be in high demand, and, no doubt, will play a significant role in future world trade, likely at the expense of the dollar. So, U.S., beware! There are consequences to unbridled money printing.

As has become standard for this blog, weekly employment trends are followed and dissected. This past week’s data drop by the Department of Labor (DOL), while still showing massive layoffs for October’s middle week, had two concerning issues. The first is the plunge in Initial Claims as “revised” for both the weeks ended October 3rd and 10th, the majority of which was caused by California. The table shows the original and revised data for the weeks in question. Note the large revisions.

According to the DOL’s Technical Notes:

October 8 and 15: “…the state of California has announced a two week pause in its processing of initial claims;”

October 22: “California has completed its pause in processing of Initial Claims…” “This News Release reflects actual counts for California for the current week and revisions to the prior two weeks.”

Confused? Me too! Since California wasn’t taking new IC applications for the weeks ending October 3rd and 10th, the downward revisions likely reflect that reality. The originally published ICs by DOL had held California ICs steady at their September 26th flows. But, that doesn’t mean there weren’t any layoffs (Disney??) – they just weren’t processed and reported as ICs. Thus, in my view, most of the downdraft in the IC data for October is suspect. Let’s see what happens in the next few weeks before concluding there is any labor market healing. A look at the chart indicates that there really isn’t much of a downtrend, even with these large revisions.

Additionally, while markets cheer the fall in Continuing Claims (CCs), pushing down total unemployment to 23.15 million (see chart and accompanying table), most of the fall in CCs is due to the expiration of benefits, not re-employment. Any new Congressional stimulus will likely extend such benefits, and we are then going to see a big spike in CCs, as those who had become ineligible come back on the unemployment dole.

Still, even accepting the latest 757K IC number as accurate, that, combined with a slightly rising number of new ICs under the PUA program (Pandemic Unemployment Assistance – for the self-employed and independent contractors) still leaves us with more than 1.1 million new weekly claims (layoffs). Compare the left-hand tail in the chart at the top of this blog (pre-virus) to the right-hand tail. That gives you an idea of the continuing magnitude of today’s unemployment problem. 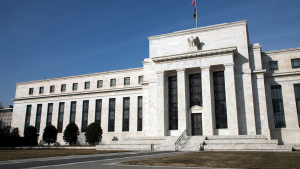 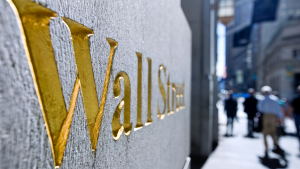