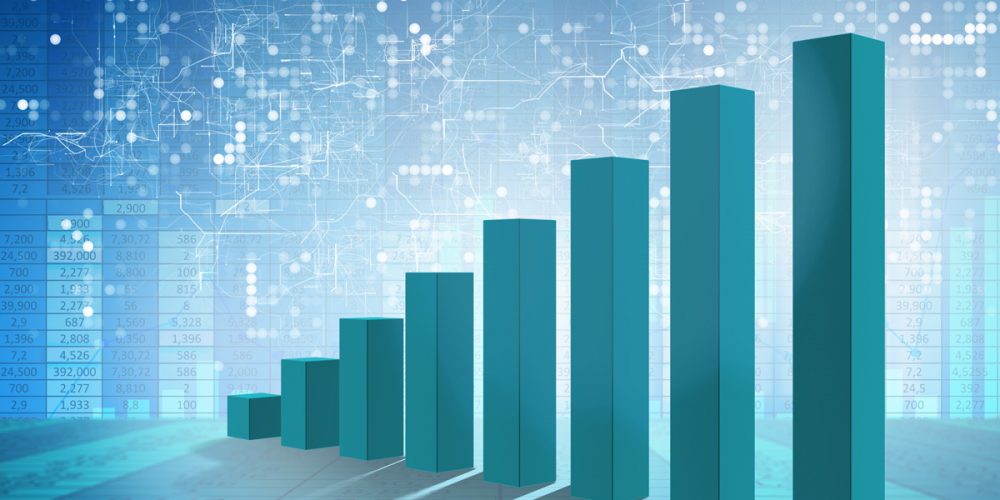 The September jobs report was filled with cross-currents, some showing possible economic weakness, some showing strength. This makes the Fed’s job exceedingly difficult. Is the economy strengthening or weakening? What’s the correct monetary policy prescription? “Taper” asset purchases? Raise interest rates? Since September payrolls were so ambiguous, perhaps October’s (which will be available to the Fed prior to its November meeting) will shed brighter light on the economic trends.

Just to review the latest employment data, the most watched of the two Bureau of Labor Statistics (BLS) surveys, the Establishment (Payroll) survey at +194K was quite light vs. the consensus expectation of +430K. BLS admits that the pandemic continues to distort the data, especially the seasonal adjustments. This time, the distortions occurred in education employment. Excluding teacher payrolls, total private sector employment growth (+317K) was still quite light vs. the consensus.

Some of this weakness had been signaled in the weekly Department of Labor Initial Unemployment Claims (IC) data (i.e., new layoffs). As shown on the chart, ICs were rising during the mid-part of September when the BLS was taking their surveys. Since then, there appears to have been some slight improvement.

The sister employment survey (The Household Survey), a monthly BLS telephone survey of households (the Payroll survey calls on businesses) shows a similar pattern. That survey showed a gain of +526K in September, similar to August (+509K), but much slower than July (+1.043 million).

All the surveys show growth, but at a much slower pace than what we were seeing mid-summer. The chart at the top of this blog is the Atlanta Fed’s GDPNow estimate for Q3 real GDP growth. The line at the bottom of the chart (green) shows the precipitous decline in the Atlanta Fed’s GDP forecast beginning in late August, but especially in the last few weeks ending in early October.  Our blogs over this time period have been consistent with this GDP graph. Meanwhile, the dark blue line shows the significantly higher consensus estimate. The range is between 3% and 8% with the consensus at 6.5%.

The chart below shows the NY Fed’s Weekly Economic Index. While not falling as dramatically as the Atlanta Fed’s GDP, this index peaked in May has been on a four-month decline.

Still, despite slowing economic growth, interest rates continue to spike upward. 10-Year Treasuries spiked to over 1.6% from the 1.3% level in mid-September a rate not seen since pre-pandemic December 2019.

Along with the employment data, BLS released data on wages and hours worked. Average weekly pay rose 1.2% on a month/month basis, and this was partially responsible for the last upward blip in interest rates. Most of this occurred in the leisure/hospitality and retail sales sectors. Employers in those sectors have been competing with the generous federal supplemental benefits and Pandemic Unemployment Assistance (PUA) programs. Now that those programs have ended, we believe that the upward pressure on wages will also end. Nevertheless, there are some reputable economists who have theorized that September’s slow hiring and the rising wages point to a tight labor market, and therefore continued upward wage pressures. We are at odds with this interpretation, as we see moderating wage pressures in these sectors as the competition from the federal government has now ended. In addition, the Payroll Survey still shows five million fewer jobs than in February 2020, the last pre-pandemic month. How can the labor market be tight with so many who were once employed no longer holding a job?  If we are correct, the interest rate spike discussed above will reverse.

As previously indicated, the Fed is scheduled to meet in November, and Powell has promised that the FOMC will be discussing policy moves. The “tapering” issue has to do with the current Quantitative Easing (QE) program, although the media doesn’t refer to this policy with that moniker any longer. But it is QE because the Fed is creating and injecting $120 billion/month into the banking system. In past blogs we have commented on the record levels of Reverse Repos. These are excess bank reserves. The chart below shows the recent huge spike in those reserves, reaching $1.6 trillion at the end of September before falling back to $1.4 trillion in early October. It is clear that QE has become excessive, is now only finding its way into the banking system as excess reserves, and is not positively impacting the economy.

It is clearly our view that the expansion of the Fed’s balance sheet is having little positive economic impact, as the funding is stuck in the banking system. Unless the banks lend these reserves, they just become redundant. The business media believes such money creation has the potential to cause “systemic” inflation, and we often read commentary referring to the rapid expansion of the money supply as an inflation potential. Thus, another reason why interest rates have moved up of late. (But because the banks aren’t lending, the velocity of money has fallen.) Thus, so far, there hasn’t been an economic or an inflationary impact. In the end, the Fed can create an infinite amount of bank reserves, but if the banking system isn’t lending, there is little economic impact. It’s like the Fed printing paper money but placing it into a vault where it lies idle.

The chart below shows total bank commercial and industrial loans. Prior to the pandemic, such loans were growing at a 5% annual rate. Then came the pandemic, and, as you can see from the chart, bank loans skyrocketed as companies drew down their lines of credit to stuff their balance sheets with cash, not knowing what might lie ahead. They did this because many had the 2008 experience of banks freezing those lines as the Financial Crisis unfolded. Looking at the chart, one can see that since the beginning of 2020 to the latest September 2021 data, growth has slowed. (We did the math and the growth rate from March 2020 to late September is 3.3%.) Remember that pre-pandemic, economic growth was struggling to get to 2%. So, with slower lending, we don’t see how the economy can achieve the 6.5% Q4 GDP consensus forecast.

Markets are interpreting the upcoming “tapering” of the current $120 billion/month QE as a monetary policy “tightening.” Our view is that this is a move to reduce “redundant” ease as shown in the above “Reverse Repo” graph. To use an analogy: It isn’t like they are about to step on the brakes of a speeding car; but they are about to let up on the accelerator. Policy will continue to be ultra-easy for many more months.

The Economy Has “Recovered”

Q2’s real GDP caught up to that of Q4/19. In a sense, we are now in an economy that has “recovered.” Here is what we see for the immediate future:

We’ve “recovered.” But we don’t see that anything has changed to alter the anemic growth path of the pre-pandemic economy. In fact, quite the opposite. Demographics were already slowing growth, and the pandemic inspired many who were over 65 but still working to retire and many approaching 65 to take early retirement. Retirees don’t spend like those in their working years. Then there is the skyrocketing level of growth sapping debt both in the private sector (corporations) and public (federal debt). For these reasons, we believe that any rate increases by the Fed are still a long way off.