The Economy: Through the Rear-View Mirror

The upbeat October employment report is likely showing the labor market through the rear-view mirror.

The weekly state employment numbers, too, as reported in the mainstream business media, only tell half the story.  The entire story includes an additional 9+ million people on Cares Act supplements; a program that is growing as state eligibility is exhausted, but a program that expires as the year ends.

High frequency data also confirm that the easy economic gains are now behind us.

The October employment report looked pretty good, at least a first blush, with the headline Establishment Survey (Payroll Survey) showing a net gain of +638K.  Better yet, because federal Census Bureau workers had finished and were let go, private sector employment actually rose +906K.  Those sectors that had been hardest hit led the way:  Leisure/Hospitality +271K, Retail +104K.  In addition, the labor force grew by +768K with the Labor Force Participation Rate and the Employment/Population ratio both showing gains.  This usually happens when those who have recently dropped out of the labor force (i.e. have stopped looking) find jobs – a good sign.

The sister Household Survey, from which the unemployment rate is derived, showed net new jobs of +2.24 million, and the U3 unemployment rate fell to 6.9% in October from 7.9% in September, and 14.7% back in April.

But much of this good news now appears to be in the rear-view mirror.  All the analytical data and high frequency data appear to bear this out.  Let’s go back to the employment numbers.  A deeper look reveals that the percentage of the unemployed that have been unemployed for more than 27 weeks has now risen to 32% of the total unemployed.

These two data points indicate that long-term unemployment is going to be a big economic issue going forward.

On a weekly basis, the Department of Labor puts out data on unemployment, both Initial (New) Claims (ICs), and Continuing Claims (CCs).  The latest ICs (week ending October 31st) of +738K are nearly identical to those of the prior week and have hardly budged since August.  This means that layoffs from businesses that contribute to the state unemployment benefit system (i.e., nearly all employers) laid off 738K people the week ending October 31st, and that level of layoffs or higher has existed, week-in and week-out, since the end of August.  (Prior to that, layoffs were much higher.) Contrast this to the worst week of the Great Recession where the peak was 665K and was short-lived.

These are the state numbers.  They are reported by the media as stand-alone, and, as such, they completely mask reality.  Some media outlets have also picked up on the CCs data from the state reports which showed a weekly fall of -535K for the week ending October 24th (CCs are one week lagged).  Think about this.  If these data are really a sign of a strengthening labor market, then why are we seeing a rise in the duration and median?  In fact, the fall in CCs at the state level proves not to be much related to re-employment as much as it is a function of the exhaustion of benefits.

What isn’t being reported is the data from the Pandemic Unemployment Assistance (PUA) program (created by the Cares Act).  That program paid benefits to 9.33 million people the week ended October 17th, more than in the combined state programs.  The PUA program was created for the self-employed, gig workers, and independent contractors.  And this program allows those who have exhausted state benefits to apply for an additional 13 weeks via PUA.  The chart shows both state and PUA initial claims.  On the right-hand side, you can see that layoffs have been fairly constant at 1.1 million/week for all of October, clearly indicating that little employment progress is occurring.  The better-looking numbers in the state programs are completely offset by the rising PUA claims.

And, lo and behold, if one looks at the total of all the programs (state and PUA ICs and CCs), the progress shown is minor and there is speculation that the little progress shown may simply be a function of people dropping out (see chart).

Finally, the PUA programs were established by the Cares Act and they expire on 12/31.  Given the state of politics and the various controversies surrounding the Presidential election, one must ask what happens to incomes if the PUA programs simply end?  Nothing But Air!

The above comments are reinforced by the most recent high frequency data:

On top of this, there has been a significant increase in the coronavirus case counts in the U.S. and in Europe, with Europe shutting down in places and certainly headed for a double-dip recession.  Politics in the U.S. has, so far, made it impossible to reach consensus on a new (and much needed) fiscal stimulus to head off the brewing economic meltdown. Ditto for the next couple of months.   And I haven’t even mentioned the oncoming eviction, foreclosure, and default tsunamis, as the forbearance periods for these also lapse at year’s end.

Given the current state of the economy and the political landscape, it is difficult to believe that the pace of job creation/economic activity will continue over the near-term horizon at the pace of the recent past. 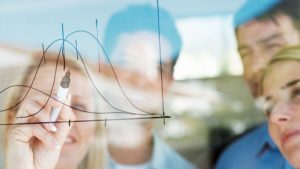 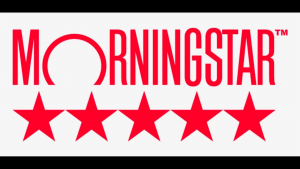