As The Recession Asserts Itself, The Fed Takes a Hard Line 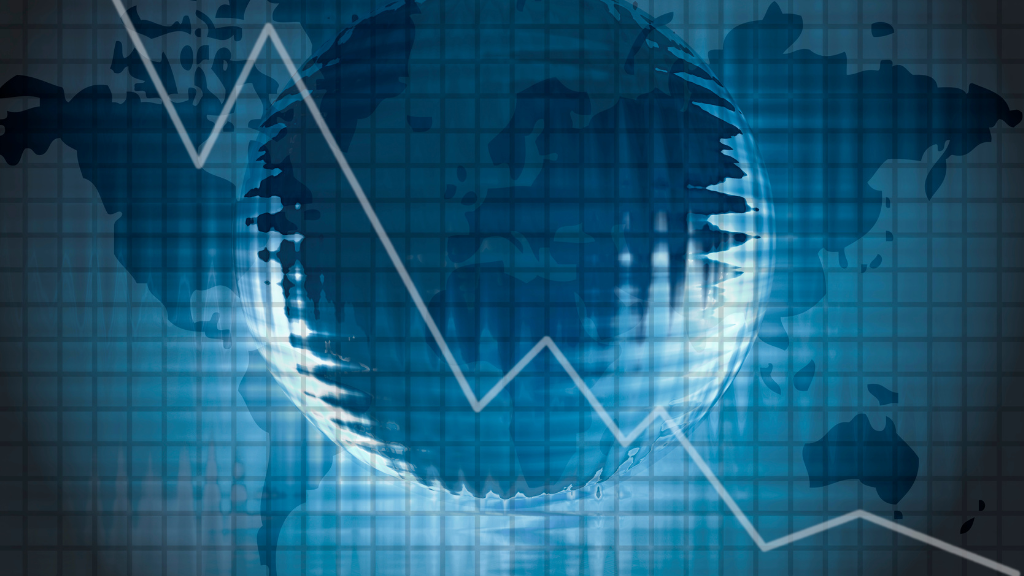 Equity markets were in a holding pattern all week waiting for some tidbits from the Federal Reserve’s (Fed) annual Jackson Hole Symposium; especially waiting for Chair Powell’s Friday eloquence. Through Thursday, only the DJIA was off more than -1%, the Russell 2000 was almost flat, while the S&P 500 and Nasdaq were down marginally. Turns out that Powell wasn’t so eloquent after all, and, on Friday, the DJIA was down a staggering -1008 points (-3.0%) while the Nasdaq was down -4.0%, the S&P 500 -3.4%, and the Russell 2000 -3.8%. The table shows the weekly change for the major indexes, all falling significantly. Bonds were more muted with the short end up much more than the long end – the yield curve becoming even more inverted (2s/10s now inverted by 35 basis points). Yield curve inversion of this magnitude is always associated with a recession.

The headline on page A-1 of the Weekend Wall Street Journal said it all: “Fed Chief’s Hard Line Sinks Stocks.” Seems that, after Powell’s eight-minute speech, stock traders have finally seen what the bondies have known for some time, i.e., the Fed is hell-bent on bringing down Y/Y inflation and now appears willing to tolerate a Recession of some significance. The result is that the equity markets are now playing “catch-down.”

Here are some key remarks from Powell’s presentation:

While higher interest rates, slower growth and softer labor market conditions will bring down inflation, they will also bring some pain to households and businesses.  (emphasis ours)

Our responsibility to deliver price stability is unconditional…we will keep at it until we are confident the job is done.

And this quote is key:

From these remarks, it appears that this Fed Chair is willing to keep raising rates even as economic activity craters (see below), at least until the backward-looking Y/Y inflation metrics (CPI and PCE) come nearer to their 2% goal.

It is interesting that he, Powell, would talk about the historical record, i.e., “prematurely loosening policy.” He was clearly referring to the Arthur Burns era of the 1970s when the Fed kept monetary policy too easy even while inflation and inflation expectations were high and rising. But that remark is short-sighted and really represents the exception, not the rule. The history of the post-Volcker Fed is that, because they do not know how long the lags are between policy implementation and the impact on the economy, they are always late in loosening policy, long after the Recession is well established and ingrained. Most monetary economists know that the Fed is often the responsible party when it comes to Recession blame. In today’s case, the Recession is already staring them in the face as they resolve to raise rates higher and for longer. And that’s because they have tied their wagon to lagging, backward-looking, indicators. (Perhaps, we think, this may be due to the political atmosphere where the current Administration is being blamed for the highest inflation in more than 40 years.)

The equity markets’ nasty reaction appears to have hinged on the realization that there isn’t even a glimmer of hope for a Fed “pivot” or the much wished-for “soft landing.” The bond market reached that conclusion several weeks ago (thus the inverted yield curve). As a result, it appears that the equity market rally of the past seven weeks was just the typical rally that occurs in all major “Bear Markets.” i.e., a “Bear Market” rally, meaning that the June lows are likely to be retested, and soon, as the incoming economic data continues to be dramatic to the downside with many indicators now showing up at levels worse than what occurred a decade-and-a-half ago, i.e., during the Great Recession.

What Q2 Earnings and Supply Chains Are Telling Us

During the recent earnings season, the major retailers were all disappointed. Besides Walmart, Target, and Kohl’s, Nordstrom, a retailer catering to the affluent, cut their profit and sales forecast, remarking that “demand and traffic are slowing markedly.” Macy’s reduced earnings guidance by -30%, while Ross and BJ’s Wholesale announced inventory clearance sales. Nvidia (semiconductors) warned on revenue (too much inventory); Peloton had another quarterly loss (couldn’t make money even during the Covid era), and Dell Computers cut its outlook citing slow personal computer sales. To show the extent of the inventory issue, on a Y/Y basis, Walmart’s inventories are +25% higher, Target’s +36%, and Kohl’s +48%.

Backlogs and vendor delivery delays have eased significantly as have production bottlenecks. This implies further supply easing and lower inflation numbers in the months ahead, even without further Fed action. As shown below, even the Fed’s own regional bank indexes are seeing significant easing in supply chains.

We just mentioned retail’s inventory issues, but we also see excess inventories in new housing with skyrocketing months’ supply as there are fewer prospective buyers (see charts) and cancellations are the highest since the Covid lockdowns.

For housing, the worst appears to still be on the horizon as mortgage applications for purchase fell another -2% the week of August 19, are down -21% Y/Y and, except for the Covid lockdown, now sit at a 22-year low. Refi apps? They are down -83% Y/Y (see chart at top).

So it appears that both services and now manufacturing have hit a wall.

In the rest of the world, the Eurozone continues to fall into an energy-induced Recession, although it appears that the natural gas situation for the upcoming winter won’t be as dire as initially thought. China’s central bank has eased, but that economy continues to be plagued by its real estate issues, lockdowns, and now drought, and there is no longer any mention of its 5.5% 2022 growth target. It appears that growth there will be the slowest in 40 years.

The economic indicators continue to move lower with the all-important housing sector leading the way, and both manufacturing and the service sector either showing outright contraction or weakening substantially.

In this environment, the Federal Reserve is intent on moving interest rate policy into restrictive territory and keeping it there, apparently until its backward-looking inflation indicators approach its 2% target. That may not occur until sometime late in 2023. In addition, no one, not even Powell himself, is discussing the impacts of Quantitative Tightening (QT) which will begin in earnest in September with the sell down of $95 billion/month of Treasuries and Mortgage Backed Securities and continue for many months thereafter. That will put even more upward pressure on interest rates and downward pressure on the economy. So, it’s no wonder that the equity markets reacted badly on Friday when Powell came out as hawkish as ever.

In looking at post-WWII economic history, we find that there are three conditions necessary for the equity market to find a bottom: