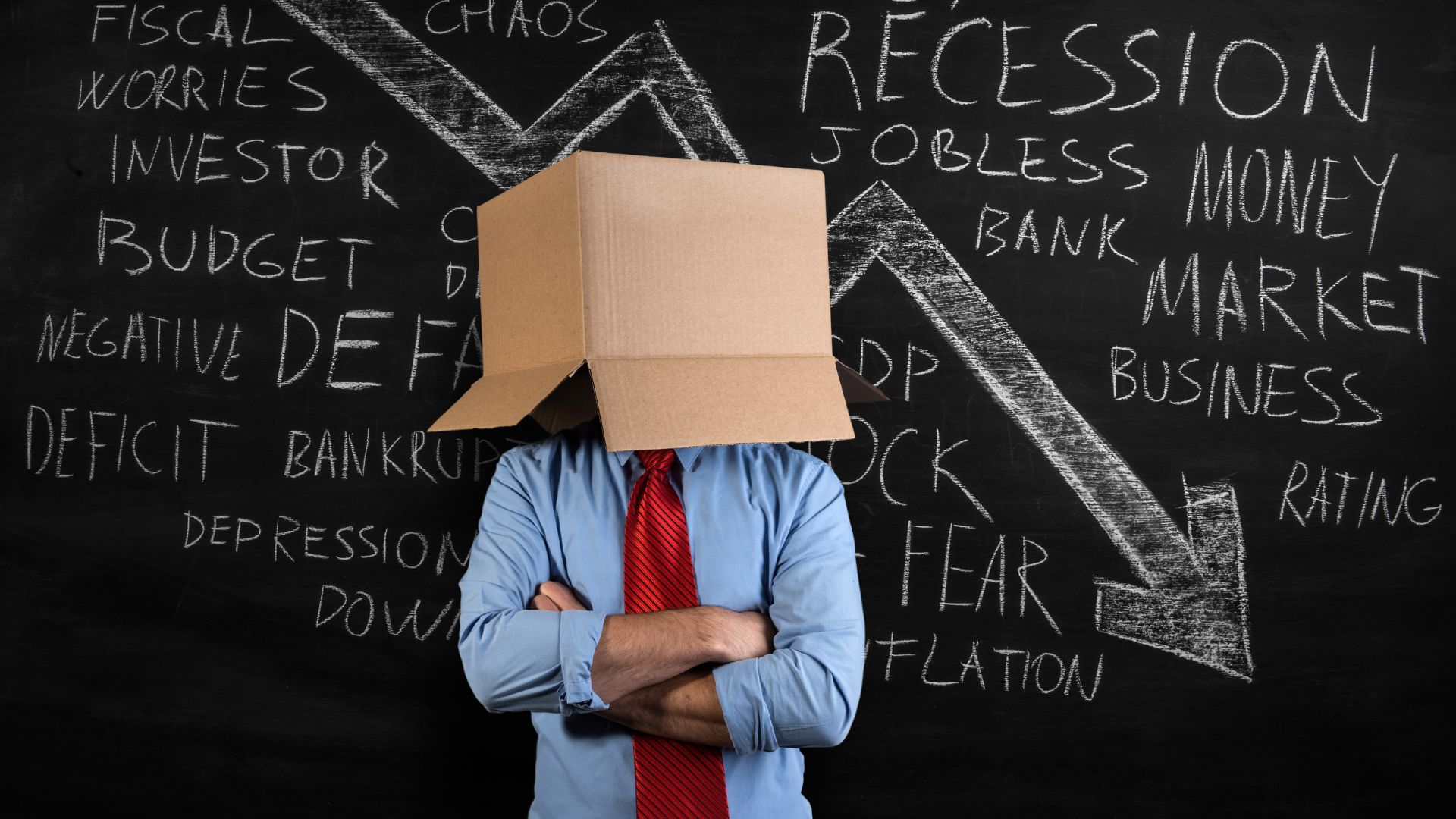 The Fed raised the Federal Funds interest rate (the rate banks pay for reserves) on Wednesday by 75 basis points (bps) (0.75 pct. points) from 1.50% to 2.25%, and on Thursday, the BEA reported real Q2 GDP fell -0.9%.  That’s the second quarter in a row of negative real GDP growth; Q1 showed up as -1.6%. At the press conference on Wednesday, Fed Chair Powell said that the Fed does not currently view the economy as being in a recession, but he refused to say what action the Fed would likely take at its September meeting, now apparently changing his practice of pre-committing the Fed. He said policy actions would depend on incoming data. Because markets know that the incoming data has been poor, they have concluded that this may have been the last rate increase, or that if there is another rate increase, it will be much smaller than 75 bps. As we opined in our las blog, the Fed Funds Rate has now reached the point the Fed considers to be neutral (i.e., the Fed is neither accommodative nor restrictive).

Markets always react well when the Fed tweaks its policy toward ease, or in this case, less restraint, and on Wednesday, Thursday and Friday, both the equity and bond markets caught a bid. As seen from the table below, depending on which market you follow, equities were up between 6% and 8% for the week. The Dow Jones Industrials even moved out of “correction” territory (-10% to -20% from the nearby peak).

At that press conference, Chair Powell emphasized that the labor market remains “strong,” referring to the +372K June headline Payroll Jobs report. He also briefly referred to the Household Survey (-315K in June), saying that it wasn’t as good an indicator as the Payroll Report because it was more volatile (due to a smaller sample size). Note, however, that history says that the Household Survey is a much better predicter of recessions than is the Payroll Survey as shown in the table below.

Powell’s remarks about the Household Survey are a head scratcher, and appear to be somewhat disingenuous, as the unemployment rate itself, which Powell referred to several times, comes from that “more volatile” Household Survey.

Not In A Recession?

Powell, Treasury Secretary Yellen, and the White House, itself, have all proclaimed that, despite the two consecutive quarters of negative real GDP, “the economy is not in a recession.” The National Bureau of Economic Research (NBER) is the official arbiter of recession start and end dates.  They use a broad-based set of criteria in determining those dates. But, they take their good old time in doing so. It isn’t unusual for them to proclaim a recession after it has ended. As a result, the markets, Wall Street and the economics profession have adopted a practical rule of thumb in determining if the economy is in a recession.  That rule of thumb is two consecutive quarters of negative real GDP growth. And that’s what it says in the Wikipedia definition. The reason for the rule of thumb is that there has never been two consecutive quarters of negative real GDP without the NBER declaring a recession!

Looking further into the GDP numbers reveals that real final sales in Q2 fell -0.3%.  That’s down from +2.0% in Q1. That shows the underlying weakness in demand that has occurred over the last three months.  The indicators all point to this getting worse, not better.  Let’s not forget that changes in monetary policy act with lags, so the recent two 75 bps tightening actions will have a negative impact on demand for the rest of this year and likely into 2023.

Walmart just reported that they missed on both the top and bottom lines because consumers have slowed their purchases of discretionary items.  McDonalds said their clientele have moved to their cheaper “Value Menu.” Walmart, Target and other retailers have indicated that inventory levels are too high. The implication here is that they will be buying less from their suppliers. (Note: The good news for consumers is that, to reduce those bloated inventories, all that “stuff” will have to go “on sale.”)

Powell and the other nay sayers point to the Payroll Report numbers and to the U3 unemployment rate (3.6%) to back up their “no recession” call.  In Q1, Labor Productivity (output/man hour) declined at a -7% annual rate, the largest decline since 1947. Initial data for Q2 imply another decline of about -3.5%. Given the unwanted inventories that Walmart, Target and other retailers revealed in their Q2 earnings reports, it also appears that they over-hired and hoarded labor. Because employee turnover is an expensive proposition for businesses, they tend to first reduce hours worked and overtime.  And that is clearly occurring in the manufacturing sector (see the two graphs below). Layoffs are the next logical step.

As sales have slowed and wages have risen, profit margins for most businesses have fallen.  Walmart, Target and most of the retailers have already reported this. That means businesses must “right size.”  And that means the unemployment rate will be rising. On a weekly basis, the Department of Labor puts out state by state data showing first time unemployment claims (Initial Claims (ICs)). The latest data for the week of July 23rd shows those ICs have risen to +256K from their lows of +166K in early April. Looking at these numbers from an historical perspective, on average, when such claims rise +76K from their nearby lows, a recession occurs.  So far, the latest numbers are +90K above the trough – just another indicator that we really are in a recession.

The U of M puts out a survey every month called The Consumer Sentiment Index (see chart) It is a leading indicator of future consumer behavior.  The overall index is at an all-time low (survey began in early1950s).  The indexes of intentions to buy big ticket items like houses, cars, and major appliances are also at or near all-time lows.

The proponents of the “no recession” narrative discount this index saying, things today aren’t as bad as they were during the Great Recession (’08-’09) or during the Dot-Com Bubble, or in the 1980s. So the index must be flawed. Reality, however, is that 50% of today’s consumers weren’t alive during the 70s and 80s inflation and another 15%-20% were children or young adults still living at home.  Thus, about 80% of the population never experienced the inflation of the ‘70s and ‘80s. In addition, today’s inflation is measured differently than it was back then and appears to be more virulent because the measurements today appear to underreport inflation compared to the ‘70s and ‘80s.

John Williams of Shadowstats.com has a chart that shows what today’s inflation would be if measured the same way it was back then (see chart at the top of this blog). We’re looking at 17% inflation, not 9%! As a result, we would not discount the consumer sentiment measure as being out of touch, as consumers have lost a significant portion of their purchasing power.  The chart below shows the loss of purchasing power using current inflation data (so, according to shadowstats.com, the loss is even steeper). Other measures of consumer intentions to buy big ticket items (cars, appliances, etc.) look just as downbeat. As a result, our view is that the recession has just begun and it looks like its duration will be long (with the Fed still tightening) and of significant depth.

The good news from the regional Fed surveys is that each of them shows that unfilled orders, supplier times, and prices paid & received were all lower, indicating that supply bottlenecks have begun to ease, a positive sign for inflation (see right hand side of the chart below).

Breaking down June’s CPI into four categories of services, goods, food and energy, note that on the right hand side of the chart services rose slightly, but both goods and food prices fell.  The big culprit was energy.  Since that June survey was taken, the price of oil has fallen from $122/bbl. to $98/bbl. (as of July 29th ) that’s -20%. And it is almost a surety that it will go lower unless we have some kind of disruptive political event.  AAA says that the price of gasoline at the pump fell -11% in July.

Inflation is a measure of change.  So, no change in a price that is already high is still 0% inflation. The prices of commodities and agricultural products in the trading pits (see chart) have fallen off a cliff.  That is going to translate into lower prices, although slowly at the consumer (retail) level.  Nevertheless, remember, 0% inflation occurs when prices don’t rise. Since the prices of commodities, agricultural products, and the price of oil have fallen, the Y/Y rate of inflation has to fall.

In the end, much of today’s inflation, caused by supply shortages, was always “transient,” and will come down on its own as the supply chains normalize.  The problem with using the “transient” word is one must define the time period of transiency. The word means “not permanent.” When the Fed said that the inflation was “transient,” they never defined the time-period, and the politicians and the media put a short period on the word, like 2 or 3 months. If the Fed had said 12-24 months, that would have been much closer to reality, and perhaps, today, they would not be frantically tightening into the recession!

It should also be noted that in 2020 and 2021, the Fed monetized the gargantuan Federal deficit (the money giveaways), and the money supply exploded. One thing we learned from Milton Friedman in the 1980s was that inflation is caused by “too much money chasing too few goods.”  And that’s what happened as the supply chains froze but the Fed monetized the deficit. The chart below shows that one measure of the money supply, called the monetary base, exploded during the pandemic, but now that the Fed has found religion, it has now begun to shrink.  On a Y/Y basis, after growing as rapidly as 60% in 2020 and 30% last year, its growth rate is now negative.  And, it will continue to be negative as the Fed reduces its balance sheet over the next year (QT). For monetary economists, that means inflation would be on the wane even without overkill on the interest rate front.

The Fed appears to be looking at lagging and coincident indicators like Unemployment and Inflation.  It’s like driving a car by looking through the rear-view mirror. In the pre-Bernanke era, the Fed never manipulated interest rates.  They knew that even the 16 smartest economists in the world, if they composed the FOMC, could not determine the proper level of interest rates.  In the pre-Bernanke days, the Fed controlled bank reserves, and therefore could influence the lending volumes of the banking system.  The free market set the level of interest rates.  We think it would be wise to return to such policies.

It is now apparent to everyone that the QE policies of 2020 and 2021 stoked the growth of the money supply, first translating it into financial market inflation (equities and home prices) and, more recently, into the inflation in goods and services we have today.  Simply backing off their QE (and slowly reducing their bloated portfolio of Treasury and mortgage backed securities) would resolve the problem over time.  However, as we said earlier, this Fed is tightening policy into the teeth of a recession, not only raising rates, but also reducing the money supply to such an extent that we are now seeing negative money growth. If they keep it up, not only will the financial markets suffer, but the recession will become deeper and longer. We can hope that by September, the incoming data will convince the FOMC and Chair Powell to back off. Recent bond market’s recent reaction says this will happen. We aren’t so sure.

PrevPreviousReprise: Why the Upcoming Rise in Interest Rates will be the Fed’s Last Hurrah
NextAs the Once Hot Economy Smolders, a Hawkish Fed Gets New AmmoNext