Distortions from March’s helicopter money drop continue to cloud the forecast horizon. In nominal terms, income fell -13% M/M in April. This shouldn’t have been a surprise given that the free money raised March’s nominal income by 21%! Another distortion appeared in core PCE (Personal Consumption Expenditure) prices (the price index most watched by the Fed). It rose +0.7% in April, mainly on the back of reopening (rising prices of air fares, hotels, used cars).  Still, Y/Y, this index stands at a not so scary 3.1%. Truth be told, this is likely to get somewhat worse before it gets better.

April’s nominal growth rate in consumption was +0.5% M/M, but when rising prices are factored, in real terms, consumption fell -0.1%. Here’s the kicker – something we’ve discussed in several prior blogs: services spending did rise +0.6% (actually a disappointment given reopening), but spending on goods fell -1.3%, i.e., the start of our pent-down demand hypothesis.

We think that the Fed views these major data releases (unemployment, GDP growth, inflation) as we do, with large grains of salt. These data points are aberrations caused by the pandemic, the shutdown, vaccines, and now, reopening. Nevertheless, we think there are some major areas to worry about.

Housing May Have Peaked

The Case-Shiller National Home Price Index rose +1.6% M/M in March (latest data). It is up +13.0% Y/Y, but the six-month trend is +17.7%. It likely continued at that pace, or faster, in April and May. Household ownership of residential real estate is $35.8 trillion according to Rosenberg Research, much higher than the $26.5 trillion valuation at the peak of the 2006 housing bubble.

Every survey of home (and auto) buying intentions is at decade lows. The University of Michigan survey puts home buying intentions at a 38-year low, and the Conference Board’s home-buying sub-index for May showed the steepest decline in the index’s history. Current GDP is just over $22 trillion/year with consumption accounting for $15 trillion. If home prices fall 10% because of falling demand, that would remove $3.6 trillion from household balance sheets and put the median price of an existing home back to where it was in August 2020. A fall of 17% removes $6.1 trillion from those balance sheets with prices back to May 2020. When households feel poorer, they don’t consume as much! They save more. Even a reduction of $500 billion (3.3% reduction in consumption) would be enough to send the economy back into recession.

Existing Home Sales (closings) also disappointed, falling -2.7% in April to 5.85 million (annual rate). Consensus estimates were for a gain of +1.0%. Once again, a big market miss. The latest data release (April) shows Pending Home Sales (under contract, but not closed) down by -4.4% M/M. So, it doesn’t surprise that Mortgage Purchase Applications are also falling, -4.1% W/W for the week ending May 14 and a further -4.2% W/W for May 21.

The weakness in the hard data and in the sentiment (intentions) indexes tells us that we have likely seen peak housing, and that, since housing is a critical part of U.S. household wealth, we will likely see much slower economic growth going forward than what is currently priced into financial markets.

The markets liked the weekly state unemployment report, released on Thursday (May 27). It showed a fall in Initial Unemployment Claims (ICs) of -38K on a Seasonally Adjusted (SA) basis. We have argued in this blog for more than a year that the SA process distorts the true data, as the pandemic, lockdowns, reopenings etc. are anything but seasonal. The Seasonally Unadjusted (NSA) data did fall from +455K to +420K. The chart below plots the ICs of both state and the special Pandemic Unemployment Assistance (PUA) programs.

PUA ICs are barely moving, stuck around +100K now for several weeks (+94K week of May 23). They were +95K the week of May 16 and +102K the week of May 1. Remember, ICs represent “new” layoffs. The combined PUA and state ICs are +514K, still deep in recessionary territory. The pre-pandemic “normal” was +200K. One must wonder how this can be if we are in an economic “boom.”  We acknowledge that some progress has been made, but it appears to be a long, slow grind, much longer than markets have assumed.

Looking at Continuing Unemployment Claims (CCs), those receiving benefits for more than one week, we find little to make us buy into the “boom” and “inflation” narratives. The latest data (week ended May 8) still shows 15.8 million receiving a state or federal unemployment check. This is down ever so slightly from 16.0 million the prior week. (Pre-pandemic “normal” was two million).

While we acknowledge that some unemployment may be due to lack of child-care and some to fear of contracting the virus, vaccines and reopenings should be significantly reducing those affected. With so little progress in the CCs, we can only conclude that the main culprit is the overgenerous federal unemployment subsidies in this continuing saga. We believe that eventually the pool of available labor will return to work; they just aren’t incentivized to do so now. They know that job openings are at record highs, and they know that once the virus disappears or the benefits expire, they won’t have much of a choice. Since nearly half the states are in the process of eliminating these benefits and they expire in early September, we believe there will be real progress in these number beginning in Q3 and accelerating into Q4. At that time, the upward pressure on starting wages will dissipate. Stay tuned!

The title of the op-ed on page A-21 of the May 27 edition of the Wall Street Journal (by Jason Thomas of the Carlyle Group CG -0.2%) says it all: “Reopening is Inflation’s Cure, Not Cause.” Shortages and the base-effects have conspired to raise some prices. Used cars are a prime example with price hikes occurring due to shortages of semiconductor chips sidelining new autos and rental car companies scrambling due to depleted fleets and surging demand. We agree with Mr. Thomas. Reopening will increase production and when supply catches up to demand, price increases will stop, and, in some cases (like car rentals), price decreases will occur. (You can also count on the fact that we won’t be calling that “systemic deflation.”)

Much of the noise about inflation emanates from the fact that the 15.8 million on some form of unemployment benefit seem disinterested (dis-incented) in finding employment, and the many reports that reopened service businesses are raising starting wages to get some employment traction. But this isn’t going to translate into a 1970s style wage-price spiral. The chart shows the annualized growth in wages quarter by quarter since 2002. Q1/21 is the latest data in this quarterly data set, and we do expect some increases in Q2 and Q3. But we don’t expect a break-out. In fact, we expect some cooling as the federal unemployment disincentives run out.

·     Rising productivity (+4.0% in Q1) allows for rising wages without cutting into profit margins and causing companies to raise prices.

·     Despite Trump’s “America First” campaign, globalization is alive and well; lower wages in the rest of the world keep a lid on the prices of consumer goods.

·     COLA (Cost of Living Adjustment) clauses in union contracts caused much of the “systemic” inflation in the 1970s. Since the ‘80s, union membership has fallen by 50%.

·     GIG workers (10% of U.S. adults according to a May 2020 Fed study) have much lower overhead than companies. They can work cheaper, and this keeps the cost of labor from rising.

·     Q2 GDP forecasts from the Fed Regional Banks have all been scaled back:

While these seem plenty high, remember, Q2 is the first quarter of significant reopening, so the GDP growth number should be high. The point here is that the hard data aren’t as ebullient as expected, so the forecasts have been scaled back.

·     The prices of commodities, which have played such an enormous role in the ongoing inflation narrative, are now softening dramatically. As of May 28:

We live in an economy hooked on excessive debt (see the Debt Clock picture at the top of this blog), and in an economy that has a significant aging demographic. Japan has had the aging demographic since 1990 (and a slowly declining population), and the central bank there (Bank of Japan – BOJ) continuously buys much of the bloated level of debt issued by the central government. Contrary to the belief that those Quantitative Easing (QE) policies are inflationary, Japan’s economy has continuously fought deflation.

For the U.S., pre-pandemic, those two factors (aging population and debt) held down both economic growth (the last up cycle was the slowest in the post-WWII era) and inflation. While we are currently returning to a pre-pandemic economy, we see nothing that has fundamentally altered the pre-pandemic economic scene. The demographic aging will continue to the end of this decade. U.S. Debt to GDP is currently 128% (Japan’s is 273%). But it was less than half that 20 years ago. And the debt (see the Debt Clock at the top) is simply exploding with helicopter money and projected mind-blowing spending and deficits. Just like Japan, the underlying economics are basically deflationary.

Finally, because they couldn’t find labor, businesses have adopted labor saving technology. Noted above was the Q1 4% growth in productivity. We haven’t seen a number like that in ages. As a result, a return to an unemployment rate anywhere near 3.5% is a long way off.

The matriarch of our family had a saying: “Money doesn’t grow on trees!” She has likely turned over in her grave.

Robert Barone, Ph.D. is a Georgetown educated economist. He is the co-portfolio manager of the UVA Unconstrained Medium-Term Fixed Income ETF (NYSE Symbol: FFIU). Robert is also a financial advisor at Four Star Wealth Advisors. He is nationally known for his writings and Robert’s storied career includes his having served as a Professor of Finance, a community bank CEO,  a Director and Chairman of the Federal Home Loan Bank of San Francisco, and. similarly, a Director and Chairman of the CSAA Insurance Company (the AAA brand).  Robert currently is a Director of the AAA Auto Club of Northern California, Nevada, and Utah, and  a Director of Allied Mineral Products (Columbus, OH), America’s leading refractory company 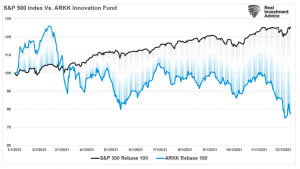 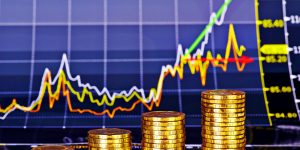 PrevPreviousNo “Boom,” No Systemic Inflation Instead, a Return to “Normal”
NextDespite Surging Inflation, Markets Now View It As “Transitory”Next